This Brosnan Risk Consultants (BRC) Strategic Intelligence Briefing covers the period from May 17th to May 31st, 2021 and discusses issues related to recent economic, political, socio-cultural, and/or environmental events that may have an effect on property, travel, commercial, logistical, medical, and retail security throughout the United States or other global markets.

Ongoing Efforts Directed at Russia and China - Where to Next? 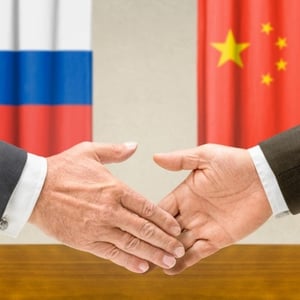 The Biden Administration remains committed to confronting both Russia and China, but there remain systematic issues that are stymieing efforts. The path forward has been much clearer on the Russian side, with efforts already taken to confront the Russians due to its efforts to undermine the two most recent Presidential elections. The response from the Russians has been similarly direct, with a particular focus on cyber-attacks in the form of the breach of the Colonial pipeline and others. It is believed that this is only the beginning and has created concerns given the lack of resilience of systems protecting not only infrastructure, but also key sectors considered crucial to the national security of the country.

While the resolve and commitment of senior Administration leaders is clear and not likely to waver, they also came to realize that the challenges of not only undertaking such an effort, but doing so consistently over time was greater than they thought. These policymakers were shocked to learn at the lack of action taken over the past four years with regard to both of these adversaries, as well as the lack of planning to move forward in the near term.

It is assumed that much of this was due to concerns related to the Trump Administration and the manner in which it directed policy. Not only were there issues considered off the table due to the interests of the White House, but also the personalities involved in the processes were such that agency and department heads found themselves having to tread carefully or risk their standing or positions. Given the general lack of openness to counter arguments or intelligence not supporting policy objectives, most, if not all government leaders would choose to not pursue tracks that would not only not be approved or accepted, but that could undermine the standing or integrity of their organization.

It is believed that the legacy of this frustration within the system is what drove the lack of policy, action and planning that current national security leaders are facing. That said, given the complexity of the issues and the realities from the current political climate, it is nevertheless proving to be a challenge to engage the organizations of government quickly to confront the challenges presented by Russia and China, along with other regional and localized problems that have arisen since the start of the Administration, i.e., Israel-Palestine, Korea.

The recent decision by the State Department to order embassies to hang Black Lives Matter (BLM) flags on embassy buildings worldwide has led to an increase in frustration, lack of clarity on priorities, and direction for not only U.S. diplomats but also U.S. allies and partners overseas.

Secretary of State Blinken’s announcement on 25 May that U.S. Embassies overseas would be given the choice of flying the BLM flag in commemoration of the one-year anniversary of the death of George Floyd was actually less a choice and more a directive to all embassies to undertake the action. In addition, the State Department sent out extensive talking points to all embassies and missions to use to engage with their host country counterparts about George Floyd and the importance of BLM and this issue. They are also apparently providing guidance and encouraging peaceful protests overseas by groups to support this effort.

The reaction to this has been stark to some and confusing to others. There is a great deal of frustration as well among the U.S. officials, who see this as distracting and a major diversion from their mission. While it is accepted that the issues at play are important and need to be addressed, the personalization of the implementation of this not only appears to be pandering by the State Department, and more likely the Administration, but distracting to officials overseas who believe they have been finally allowed to do their jobs without the constraints imposed upon them during the last Administration.

Similarly, the reaction from foreign government officials has been one in which they are confused as to why the U.S. government is pushing such issues at this time. There is a clear recognition that the U.S. is dealing with a host of internal issues stemming not only from Floyd’s death and the heavy partisanship that has been growing for many years. However, as the U.S. is starting to play a more active role internationally, these same partners, grateful for this, are concerned that such issues raised in/around the Floyd killing, could cause problems for them in their own contries, possibly exacerbating tensions and leading to social unrest and civil strife.

Qualified Immunity Debate Getting Worse, Not Better, with Impacts Being Felt on the Street

On a local level, across the U.S., the qualified immunity issue is continuing to gain both positive and negative momentum. Politicians and various groups are pushing hard to have it repealed nationally. It has been more challenging than they thought, but they are gaining some headway. While they may not succeed at this time, senior officials believe it is only a matter of time until it is removed universally.

The result, even now, is that police are not motivated to respond as they once did. Not only is qualified immunity an issue of concern for them, but the overall tone politically is anti-police. Police know and feel this and, in many instances, are unwilling to take steps to confront criminals in a way that could lead to the use of a gun for fear they will not be backed up by superiors (political or not).

This is not only occurring in the big cities, but small and medium sized as well. While there is talk in the press about a “re-fund” the police movement, police leaders and rank-and-file do not believe it to be sincere. They are exasperated in their frustration for the system and the visceral hatred they are sensing on the streets. They expect things to get much worse, as the economy appears to not be as strong as it once was thought – something that could exacerbate stress and tensions on the streets. These factors are further highlighting the need for increased security guard services in crime-prone communities.

Despite statements from the U.S. government to the contrary, senior national security officials are growing more concerned about a resurgence of ISIS and al-Qaeda, particular the fact that these groups are looking to send their supporters to illegally enter the U.S. The loosening border restrictions put in place by the Biden Administration, in contrast to the virtual closure of the border under Trump, is assessed as being viewed by terrorist elements as providing an opportunity for them to smuggle themselves across the U.S. border at various locations.

Immigration officials are struggling to cope with this fact given the lack of resources and guidance they are receiving. While they have been successful in stopping some supporters of these groups from entering Texas near to Laredo and other locations, they are frustrated and concerned that there are many who have been and will be successful.

Former president Trump continues to hold a grudge with GOP House Leader Kevin McCarthy for his comments after the 06 January attack on the Capitol in which McCarthy held Trump partially responsible for the crisis. Trump informed allies that while he is currently focused on Senate Minority Leader Mitch McConnell for now, he plans to shift his attention to McCarthy at some point and will begin in the near term to slowly increase his rhetoric against him. Trump has delayed launching any attack at McCarthy not only because of his focus on McConnell, but also because he knows McCarthy will be courting him (Trump) for the foreseeable given concerns that the former president will actively turn against him.

In this context, there is an assumption on the part of Trump that the Republicans will succeed in regaining control of the House of Representatives in 2021. While Trump is uncertain who he will support for the position of Speaker should this happen, it is believed he will find someone closely aligned with Congressman Jim Jordan of the Freedom Caucus.

For his part, McCarthy has been working feverishly to keep Trump on his side, which was part of the reason he so aggressively worked to remove Liz Cheney from her position as conference chair. It is also why he is working so hard to oppose efforts by the House Democrats to establish a committee to investigate the events surround the 06 January attacks.

Trump’s Inner Circle and Plans for the Near Term

Former president Trump has settled into working with the following advisors as he plans his next steps.

Trump is currently basing his efforts out of the golf club at Bedminster, reaching out periodically to his advisors. His near-term plans are to begin to travel throughout the U.S. to spread his message and provide support to congressional candidates who are aligned with him. It is expected the former president will give a speech on 04 July that could serve as an announcement for this travel. He is also talking with advisors about holding rallies in June.

Regarding those candidates he supports, Trump is focused on meeting with, and vetting, those who are challenging incumbent Republicans who voted for impeachment in the Senate and the House. Most recently he met with Catalina Laud, who is running against Illinois Congressman Adam Kizinger. As for the type of support he will provide, the package will include supportive statements, travel, and a donation and support from the Super PAC. In addition to Trump, financier and businessman Peter Thiel has become more engaged in the 2022 election cycle, supporting pro-Trump candidates

Trump’s mid-term goal is to shape the Congress in a way that it become Republican and in his image; something he sees as vital if he decides to run for the Presidency.