This Brosnan Risk Consultants (BRC) Strategic Intelligence Briefing covers the period from May 17th to May 31st, 2021 and discusses issues related to recent economic, political, socio-cultural, and/or environmental events that may have an effect on property, travel, commercial, logistical, medical, and retail security throughout the United States or other global markets.

Israel and Netanyahu: It’s Not Over ‘til It’s Over 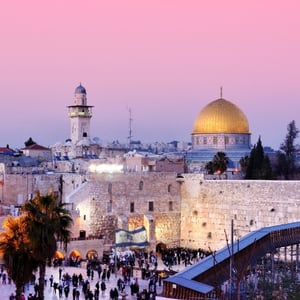 The current leadership crisis in Israel, while appearing to be over given the ability if Naftali Bennett and Yair Lapid to establish a coalition government, is assessed by senior Israeli and U.S. officials to be far from that given the nature and personality of Benyamin Netanyahu.

According to a former senior Israeli official, the concern is that Netanyahu has become more like Donald Trump over his decades-long career in politics. While the chances of him successfully resisting the effort to replace him are increasingly unlikely, it was noted that Israel has yet to have its 06 January moment.

Again, while slight, the Prime Minister enjoys the core support of a rabidly loyal and dedicated group of supporters, not unlike those maintained by Trump. His calls and accusations are taken seriously by this group, who see conspiracies and hostile intent around every corner. Should a 06 January event take place, given the much wider political spectrum in Israel among the parties and players, it is likely to alter the nature and tone of the political process.

As for Netanyahu himself, it is well known that he is a survivor, but those who know him well and have followed his career note that he is not the same person he was even a decade ago. While politics certainly have the ability to alter a person’s character, especially in Israel, Netanyahu’s family and his wife in particular have had a significant impact on him as of late. The parallels between him and Trump were noted as greater than anyone has highlighted publicly. It is the single-minded idea that he is the only one who knows and is right that has led Netanyahu to alienate allies and foes alike to a degree that have made it difficult to understand his plans or intentions, even for those close to him. There is a real concern that he would be willing to sink the entire ship for his own political survival.

The current security situation in NYC, while worsening, does appear to be manageable by senior NYPD officers. That said, there is a palpable sense of frustration among them given the active efforts by the city and state’s leadership to undercut their efforts and their officers.

While the removal of protections afforded police with qualified immunity has been a significant step to undermine police and their morale, it was noted that there were other protections in place that would ensure officers who make the right decisions on the streets would be protected. Rather, of greater concern is the fact that politicians at the present time are not missing an opportunity to undercut police, taking away tools used to promote peace and safety on the streets while empowering criminals to act with near impunity for political expedience.

Senior NYPD officers noted that the impact of bail reform cannot be understated, as it gives confidence to criminals who know that if they are caught, they will most certainly be released. The impact on police is similarly profound. In fact, it was suggested that the impact of bail reform is greater than the removal of qualified immunity because it not only makes their efforts feckless, but illustrates the lack of support and confidence that the political leadership has in the police.

As for the recent spate in attacks against the Asian community, these officials noted that they too were shocked at not only the legitimacy of claims that it is rising, but how fast and how significant it has been. It was noted that in general, Asian communities in NYC and elsewhere are traditionally known to not report crimes against themselves or their communities. While there is no known reason for this, it is believed to be linked to the community’s desire to not highlight itself, but rather work quietly to support themselves.

It is believed that this recent rise in the rate and frequency of anti-Asian crime is not only real but has become so bad that it has compelled the community to come forward and to actively work with police. The triggers are similar to those that have led to a rise in crime across the board; the pandemic and the ensuing political divisiveness that has gripped the country.

Afghanistan: Things About to Go From Bad to Worse

Reports continue to tell us the Taliban are encroaching on government-held territory in Afghanistan as the U.S. wraps up its troop withdrawal from the country. As such, Afghan police and army positions are currently preparing themselves for large-scale offensives against major population centers as the insurgents push their advantage on the battlefield amid a full U.S. exit, set to be completed by September 11, but will likely come as early as next month.

The escalation in fighting marks a switch in the Taliban’s previous pledges in Doha to reduce violence significantly in the event of a U.S. troop withdrawal- this is no surprise. According to senior U.S. officials, it is expected that within a short period of time the Taliban will create a situation in which it is able to initiate a civil war in Afghanistan that will lead it to overthrow the government and take full control. The U.S. departure from Afghanistan has been viewed by the Taliban, along with al-Qa’ida, as not only a possibility but a certainty for some time. The group has been willing to engage in peace discussions since the U.S. accepted its conditions for discussions. Once this took place, the Taliban knew it was only a matter of time, i.e., the political winds in the U.S. would not allow the military to remain. In this setting, not only will the Qatar agreement become irrelevant to the Taliban, but it will also set the stage for al-Qa’ida and other terrorist organizations to return to Afghanistan and use it as a safe haven.

As for al-Qa’ida, the biggest challenge its leaders and members face is getting back to Afghanistan. Most have gone underground, using this tactic as the only means to remain safe and avoid U.S. and Western surveillance. Therefore, should they attempt to travel to Afghanistan in the near term, they are fearful their movements will become known to the U.S. and its allies.

Suffice to say, National Security officials have come to accept that capabilities will be much more limited in the near term. There may also be drastic shifts in priorities and roles in various agencies as the U.S. redefines its counterterrorism strategy in the Biden Administration and beyond.

In the days leading up to the G7 summit, tensions between the U.S. and the UK had grown considerably around the issue of travel restrictions between the two. Specifically, UK Prime Minister Boris Johnson reached out to President Biden to suggest that the two countries normalize travel given the U.S.-UK route is one of the most heavily used internationally.

Johnson suggested that if a person was vaccinated and had a negative PCR test, they should be allowed to travel without any quarantine restrictions given both countries are among the most vaccinated globally. For his part, Biden refused the suggestion, explaining that it would not be fair to other countries. While progress has been made in addressing this issue around the G7 summit, with a working group set up to normalize travel, this incident has left Johnson and the UK leadership still upset at the U.S. unwillingness to find a more immediate solution.

Senior aides to former president Trump have explained that he is seriously considering a Congressional run. While Trump has not ruled out a potential 2024 presidential bid, he is finding the possibility of becoming a congressman for a safe Republican seat in Florida more enticing. Not only would it be next to impossible for him to lose such a seat, but it could position him to leverage his influence to gain a leadership role in Congress, to include Speaker of the House should the Republicans regain a majority in the near term.

As for other family members considering running for Congress and other seats, the only one thought to have a chance at winning and seriously considering it is Lara Trump, the wife of Eric. At the present time, the possibility of Ivanka or Donald Jr running for office in Florida or elsewhere is not being actively pursued. 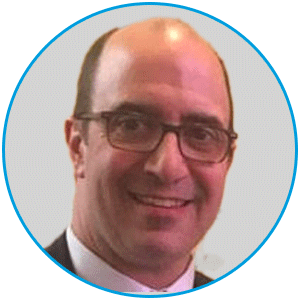