This Brosnan Risk Consultants (BRC) Strategic Intelligence Briefing covers the period from October 25th to November 2nd, 2021 and discusses issues related to recent economic, political, socio-cultural, and/or environmental events that may have an effect on property, travel, commercial, logistical, medical, and retail security throughout the United States or other global markets.

At Brosnan, we believe that actionable intelligence is a cornerstone of providing the best security guard service in the nation. The Strategic Intelligence Briefing is developed by the Brosnan Intelligence Group (BIG) and is an example of the high-level Intelligence as a Service (IaaS) that Brosnan offers as part of our overall security packages. In our determination to excel as the best security guard company we set ourselves apart from other security services companies by providing our clients throughout the United States with products that are intended to arm them with actionable data that they need to make informed security-related and operational decisions throughout all levels their organizations.

Concerns Related to Not Only China, But Also the U.S. 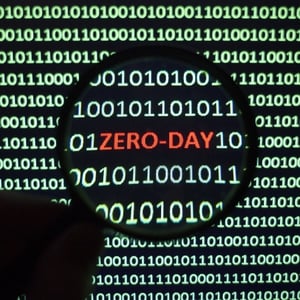 Senior U.S. leaders are expressing concern related to not only the direction of China and its clear focus on usurping the U.S. by any means necessary, but also the waywardness of the U.S. at the present time. Former DCIA and Director of the NSA Michael Hayden recently expressed this concern during a small group discussion. He explained that while China represents the biggest challenge to the U.S. and the West at the present time, exacerbating this problem is his concern related to the U.S. He explained that for the first time he was worried, and he did not know what was going to happen to the U.S. In order to attempt to help, Hayden impressed on senior security officials the need for them to not only focus on China, but also to travel there and engage its leadership in a direct and decisive manner to illustrate intent and leadership.

This was echoed by other former U.S. security leaders, to include former NSA Director Keith Alexander. Alexander pointed out that over the last seven months China has entered into a $400 billion deal with Iran for resources, while committing to provide the Iranians with IT and military aid. He added that while discussing China’s strategic direction, President Xi referred to the fact that China would “bash heads and (there would be) bloodshed" vis-à-vis the U.S. and Taiwan, confirming China’s intent to use cyber as a tool of warfare.

In line with these concerns is the expanding effort by U.S. adversaries in the cyber realm. In particular, the Russians are believed to have even greater and more lethal cyber capabilities that have not been unleashed. These unseen traps, per senior officials, are the gambits that could lead to war, and must be the focus of the U.S. and the West to prevent a hot war from happening. However, in the interim, things will get worse – with governments, officials, companies, and individuals being the target of attacks from here on out.

In examining cyber-attacks to date in 2021, there have been no less than 150 underway, with 66 being zero-day attacks. (Note: A zero-day attack is a computer vulnerability either unknown to those who should be mitigating it or known but without a patch. These attacks leave victims susceptible to penetration by hackers.)

In this setting, the U.S. is playing a great deal of catch up. This is clearly illustrated by looking at academia. China’s strategy has been decades in the making. This not only includes paying tuition for large numbers of students, but also funding programs and professors. The U.S. has only recently woken up to this, with professors providing the Chinese with technology and insights being arrested or removed from their positions. However, this is not seen as the answer as the system has been fully penetrated by China’s methodical approach over the past generation. As such, efforts to change laws and address issues and threats head on are happening but are about five years behind China’s efforts.

All of this makes the struggles we are addressing in the near term that much more difficult, and with the overlay of domestic terrorism and hyper partisanship, the challenges facing the U.S. are becoming increasingly more significant – with adversaries taking full advantage of all these separate but interconnected pressures.

How is the National Security Apparatus Looking at Cyber?

In the evolving digital landscape, cyber threats are not viewed as a surprise to anyone. These threats are among the most significant the U.S. faces as they are part and parcel of not only the evolving Great Powers competition but also the myriad of other threats the U.S. faces daily. In this environment the main adversaries (Russia, China, Iran, and North Korea) are all capable and well resourced.

To address this, something that is often not seen, but highly active and engaged is the effort of the U.S. to strike back. While reports of significant hacks and threats are serious and concerning, what is not reported are the wins by the U.S. government – with senior officials noting that the path taken by hackers is a two-way street that provides opportunities for retribution.

Senior officials have recently been learning more details related to Chinese efforts to not only expand their influence and capacity, but to do so via aggressively leveraging the Western economic system against itself. The details point to a massive surveillance and acquisition program using mystery investment funds, with the goal being to link China’s investment strategy to U.S. defense initiatives and China’s space goals, furthering its geopolitical and economic aspirations.

The fact that China has been linking itself to the U.S. military industrial complex for years is no secret. However, by leveraging mystery investment vehicles, the Chinese are looking to expand and broaden these efforts greatly. In the case of Japan, for instance, China has focused for years on gaining access via purchasing parts of companies. To date, these number more than 170 public Japanese firms, with China controlling some 5% of all the public securities in the country. These mystery investments are designed to remain under 5% of the equity in each company in order to avoid disclosure of fund ownership to Japanese regulators.

It is not only Japan that is subject to this strategy, but China also intends to export this to other countries as well. These investments are similarly able to provide the Chinese with unique ways to gain control and insights into the plans and intentions of companies from other countries. In one case, a Chinese investment fund, registered in Australia, acquired a 2.5% of a firm in Japan. Via this ownership stake, the Chinese fund was able to not only obtain strategic and sensitive internal information, but also exert influence in the company and among the other joint venture partners.

The concerns related to this type of activity are clear, as they not only compromise the integrity of these Western firms, but also could lead to the further exfiltration of intellectual property or other sensitive information/technology.

Where is China Focusing its Efforts?

We are all aware of the Chinese penchant for infiltrating countries and using this access to exfiltrate technology and intelligence in support of the state. Over the past two generations, the Chinese have built a foundation that it is currently looking to leverage two areas that will provide unprecedented access and control over much of the developing world: satellite ecommerce and new forms of energy delivery.