The Bi-Weekly Brosnan NYC Crime Brief is a great example of the type of Intelligence as a Service reports that we offer to our clients throughout the United States. At Brosnan Risk Consultants (BRC), we believe that access to actionable security intelligence is an integral cornerstone of a good security plan.This Brosnan Risk Consultants (BRC) crime brief covers the period in New York City from June 14th through June 27th, 2021. The brief compares year-to-date statistics in 2021 with figures collected from 2020 and compares the most current weekly data in the areas of New York City specific to the business interests of BRC.

As of June 27th, 2021, year-to-date statistics indicate overall crime across the five boroughs is down less than a full percentage point at –0.9% due to weekly rising crime numbers this time last year. Violence continues though, as New Yorkers witnessed 85 shooting incidents causing 14 homicides and more than 100 injured by gunfire during the fourteen-day stretch. Street robberies and thefts (of every form), continued to rise as criminals capitalized on the “no consequence” rule of law. On a good note, felony assaults and burglaries declined steadily over the two-week period. 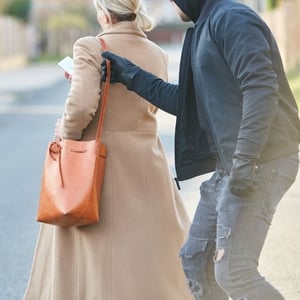 As crime and theft rates continue to climb, retail businesses throughout NYC should strongly consider hiring a company that provides security guard services and also specializes in loss prevention services.

The borough of Manhattan South is struggling with crime and violence as the major crime classifications jumped +122% in two weeks, combined with increases in every category except commercial burglaries. Below 59th street, 4 shootings and 4 hate crimes were reported and subway crime rose +60%. An in-depth analysis of the past 7 days shows 43 street robberies (+207%), 58 felony assaults (+76%) and 145 grand larcenies (+91%) were responsible for the bi-weekly trend. Manhattan South is clinging to an overall decline in crime of -3% however, all individual crime categories are trending upward except commercial burglaries. In my estimation, the -3% year-to-date figure could be wiped out by our next bi-weekly report if the trend continues at this rate.

Looking at key Commands in Manhattan South, covering the Seaport area, the 1st Precinct reports a crime increase of +217% combined in the last two weeks with dramatic hikes in assaults and larcenies moving the needle upward.

Midtown North Precinct (MTN) reported a +158% crime surge over the two-week lookback with 74 major crimes recorded including 1 shooting incident and a hate crime. This Command recorded increases in every crime classification.

In Hamilton Heights, the 30th Precinct experienced a crime surge of +151% over the fourteen day stretch. Robberies, felony assaults, grand larcenies and residential burglaries contributed to the rise in crime.

The lower portion of the Upper East Side (UES) is patrolled by the 19th Precinct which recorded a +55% spike over the two-week period. During week one, 43 major crimes were reported and the command was up in all categories except rape. The following week’s crime spike was rooted in larcenies and assaults.
The 23rd Precinct was up +12% for the two-week lookback. Street robberies and grand larcenies were responsible for the hike.

On the Upper West Side (UWS) the 20th Precinct exploded with a +217% surge compared with last year’s figures at this point. In week one, grand and petit larcenies fueled the upward trend. In week two, grand larcenies and stolen autos were baked into the spike.

The 24th Precinct recorded conflicting weeks with a +12% jump in week one and a –6% decline the following week, despite minor upticks in robberies and grand larcenies. Detective Squad case load at the 24th is trending with the crime stats.

Moving into the Bronx in the vicinity of Yankee Stadium, the 44th Precinct is averaging 48 major crimes per week with a shooting in each of the last two weeks. Year-to-date, the 44th command has recorded 34 shootings which is +62% higher than last year. Twenty-four street robberies were committed in the last fourteen days catching the attention of Detectives.

In Corona, Queens, the 110th Precinct got scorched in week one with a +28% crime jump that included a +500% increase in burglaries and one shooting. The following week, the 110th regained some control and reduced crime by –6%.

In Astoria, the 114th Precinct recorded a +3% net crime increase over the two-week lookback. In week one, crime dropped, –28%, despite a shooting, 5 robberies and 53 petit larcenies. In week two, crime spiked +31% with another shooting and increases in each major crime category. Year-to-date, the 114th Detectives are investigating 11 shootings and 7 homicides.

Bronx Detectives had their hands full the last two weeks as the Bronx exploded again with 24 shootings causing 3 murders and injuring 26 people. Robberies rose +60% combined with 161 new cases reported. Felony assaults dipped over the two weeks. Year-to-date, murders are up +47% with 63 new homicides caused by 235 incidents of gunfire.

Brooklyn South reported 9 shootings, 2 homicides and 2 hate crimes. Robberies and felony assaults declined –57% during the recent two weeks. Year-to-date, the borough is up +13% in murders.

In Brooklyn North, 16 shootings erupted causing 3 murders. Year-to-date shootings are up +17% in the borough but murders are down –15% indicating criminals hit-ratio thankfully is not accurate. The borough reported +450% higher rape cases with 11 new complaints in just seven days. Street robberies jumped +18% and felony assaults dipped slightly.

Manhattan South continues to be plagued with violence as 5 shootings erupted and street robberies rose +240% with 78 new complaints filed in fourteen days. Year-to-date, this borough is up +100% in shootings with 24 so far in 2021.

Violence in Queens South for the two-week period resulted in 13 acts of gunfire causing 1 murder, 37 street robberies and 4 rapes. Felony assaults tailed off slightly. Year-to-date, Queens South has sustained 23 homicides and 78 acts of gunfire representing +28% and +35% respectively compared with 2020 data.

Queens North had its share of gunfire as 4 shootings erupted. Street robberies spiked 9% over last year’s figures with 24 new complaints filed. Minor assaults increased by +25% however, felony assaults and rapes fell slightly. Year-to-date shootings and homicides have declined compared with last year however, the borough has sustained 46 hate crimes which is +254% higher than 2020.

Staten Island reports 1 murder, 2 shooting incidents and a hate crime in the last seven days. Robberies and felony assaults had noticeable declines. Year-to-date the borough of Staten Island has recorded a +33% hike in gun violence and +17% spike in murders as well as +57% spike in hate crimes.

What's trending in New York City is a soaring sense of criminal entitlement and an absolute disregard for other people’s property. On average, every seven days New Yorkers are victimized 1,600 times for petit larceny, 800 times for grand larceny, 175 incidents of stolen vehicles and 235 forcible robberies. In many cases, Detectives effect an arrest however, the revolving criminal justice door places the emboldened crooks back on the street to repeat. As we delve deeper into the summer heat, expect crime and gun violence to spike further.

Last week I performed my own foot patrol of the Midtown South Precinct (MTS) to observe for myself the decline that goes beyond the data. Eighth Avenue is reminiscent of the “bad-ol-days," lined with drug dealers, junkies, streetwalking prostitutes, con-artists and criminal opportunists sizing up their next victim...all in broad daylight. The Midtown South Command has extra uniformed foot patrol and a mobile command center visible on eighth avenue to deter crime and give residents and visitors some sense of safety and security.

Offering best-in-class security intelligence services is one more way that Brosnan is establishing ourselves as the best security guard company in NYC....

The Bi-Weekly Brosnan New York City Crime Brief is a great example of the type of Intelligence as a Service reports that we offer to our clients...