The Bi-Weekly Brosnan New York City Crime Brief is a great example of the type of Intelligence as a Service reports that we offer to our clients throughout the United States. At Brosnan Risk Consultants (BRC), we believe that access to actionable security intelligence is an integral cornerstone of a good security plan.This Brosnan Risk Consultants (BRC) crime brief covers the period in New York City from June 28th through July 11th, 2021. The brief compares year-to-date statistics in 2021 with figures collected from 2020 and compares the most current weekly data in the areas of New York City specific to the business interests of BRC.

As of July 11th, 2021, year-to-date statistics indicate crime in New York City is trending higher each week and as a result, the city-wide overall figure has now been reduced to just -.76%. Homicides are up +5% compared with last year and gunfire is +29% higher than last year with 803 total shootings and counting. Over the last two-weeks, crime and violence are still trending higher but not at the rate we’ve been seeing. Data between June 28th and July 11th reveals that murders, rapes, felony assaults and misdemeanor assaults have declined. However, thefts of every kind (forcible or not) continue to rise uncontrollably because criminals operate with impunity. Many are paying very little attention to car thefts, which have now topped 4,673, +24% above last year’s pace. Hate crimes appear to be slowing down over the last fourteen days being down -18%. 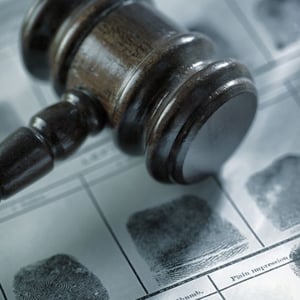 As crime and theft rates continue to climb, private and commercial businesses throughout NYC should strongly consider hiring a company that provides security guard services and also specializes in loss prevention services.

Below 59th Street crime continues to increase seeing a +29% spike during this two-week period. On a positive note, no gun violence erupted in Manhattan South however, the data tells us each individual crime category jumped up except commercial burglaries which declined by -11%. Shockingly, 440 new complaints of grand and petit larcenies were filed below 59th street over the past seven days for a +41% spike. Worth noting is a +33% rise in subway crime.

Below Canal Street and around the Seaport area, the 1st Precinct reports overall crime rising by +104% over the last fourteen days. Robberies +33%, grand larcenies +150% and petit larcenies +144% triggered the crime surge in this command. Residential burglaries reappeared in this command most likely due to people returning to work post-Covid.

In Chelsea, the 10th Precinct had conflicting weeks with crime +24% in week one and down -23% the following. Hikes in robberies +33% and felony assaults +200% were offset by reductions in gun violence, burglaries, grand larcenies and petit thefts.

Midtown Precinct South (MTS) is still experiencing out of control crime trends with an increase of +270% during the two-weeks due to 119 major crimes being reported. Residential burglaries have reemerged in this command, averaging a +600% weekly climb. Each major crime stat is significantly higher than last year at this time including subway crime which jumped +150%. I personally patrolled this command on foot once again last week to observe the crime picture and discovered drug sales, prostitution, con games and a host of other seedy characters operating “out in the open” along Eighth Ave. Precinct Executives are responding with additional uniformed patrols and a mobile command center to try and get back control.

Midtown Precinct North (MTN) recorded conflicting weeks leading to a net +40% crime hike. No gun violence erupted which is a positive sign however, street robberies rose +300% and residential burglaries went up +500% compared with figures from last year at this time. Over the recent seven day stretch grand larcenies declined by +58% which is worth noting since larcenies rose +230% the week before.

In Manhattan North, 487 major crimes were reported during the recent two-week stretch representing a drop of –5% from last year. Four shootings occurred last week however, that was a drastic –71% drop compared with last year at this time. As a result of less gunfire, 23 fewer people were injured this year than last during the same week. Rape, robbery and subway crime increases were offset by declines in felony assaults, burglaries and grand larcenies.

In Hamilton Heights-Harlem, the 30th Precinct experienced a crime surge recording a +119% spike combined including 2 shootouts over the two-week lookback. Residential burglaries and thefts were mostly responsible for the surge. On a good note, street robberies tailed off slightly.

On the Upper East Side (UES), the 19th Precinct netted a plus +4% increase over the two-week period. Residential burglaries, grand larcenies and stolen cars were responsible for the modest uptick. The northern portion of the UES experienced two weeks of declining crime as the 23rd Precinct reported -38% fewer crimes compared with last year. Shootings also dipped compared with 2020 figures at this point. Minor upticks were recorded in Upper East Side robberies and sex related crimes.

On the Upper West Side (UWS) the 20th Precinct gained some control by knocking crime down by –47% by responding to the recent crime trends with extra patrols and new strategies. The Precinct had only 11 major crimes reported including one shooting over the last seven days.

In South Corona Queens, the 110th Precinct recorded 66 major crimes in two weeks for a +27% crime surge including a homicide and 2 shootings. In week one, robberies jumped +167% with 8 new cases and stolen vehicles rose +250% with 7 luxury cars disappearing. The following week, robberies surged again by +33% however, some relief was achieved as burglaries, grand larcenies and minor assaults fell.

The generally quiet neighborhood of Forest Hills exploded over the last two-weeks as crime rose in the 112th Precinct by +151%. Residential burglaries have soared since people returned to work averaging a trend of +250% weekly. The 112th command also experienced a minor uptick in robberies and grand thefts.

The 114th Precinct in Astoria is gaining back some control with –46% fewer crimes reported in the last fourteen days. One shooting occurred and most of the crime classes recorded less activity except for a minor uptick in street robberies. Despite the recent dip, year-to-date this command remains high in crime at +21% over last year’s figures at this point.

Many cities throughout the United States have been expiriencing unsettling spikes in violent crime. Unfortunately, New York City is no stranger to that list. In the last fourteen days in the Bronx, 34 shootings erupted causing 6 deaths and injuring 37 others as violence keeps pounding this borough. In addition, 172 robberies and 160 felony assaults were reported. Year to date, the Bronx is significantly higher than last year with 69 homicides and 269 acts of gunfire reported so far.

Brooklyn South reported a significant drop in shootings compared with the same two-week period in 2020 despite having half a dozen new ones. Fewer robberies and hate crimes were reported but were offset by hikes in rapes and felony assaults. Year-to-date, this borough has 28 murders and 93 shootings representing increases from last year of +8% and +13% respectively.

Despite 2 murders and 16 shootings, Brooklyn North had significantly less violence compared with 2020 figures when there were 7 homicides and 26 acts of gunfire during this two-week stretch. Reductions were realized in all the other violent crime categories during this stretch as well.

Manhattan North Borough reports a dramatic drop in shootings and murders the last two weeks versus last year. There was a –17% decrease in felony assaults, but robberies and rapes are trending higher. Year-to-date, the North has –14% less homicides despite a +36% rise in shootings with 113 acts of gunfire in total.

Queens North Borough is faring better than the south end of Queens with respect to gun violence. Murders are down –17% in Queens North and there have only been 27 reported shootings compared with 88 acts of gunfire in the southern part of the borough. Twenty-seven new robbery cases popped up which is +23% more than last year however, felony assaults and minor assaults tailed off slightly during the two-week lookback.

Staten Island experienced two weeks free from gun violence and reductions in every violent crime category were reported. Despite the recent dip in gun violence, the borough is still ahead +11% in shootings over last year’s figures.

With the vaccine taking shape, streets are more populated and workers are returning to job sites instead of working from home, resulting in spikes and dips in certain crime categories consistent with that behavior. Subway crime and residential burglaries are trending higher since people are once again traveling via mass transit. Stolen cell phones and laptop computers (grand larcenies and robberies) are “super-trending” because criminals have so many more victims to target and no consequences to fear. Absent of a renewal of Covid-Stimulus in September, more people will seek employment, swelling the victim pool on City streets and in subways trains sending crime higher. Soaring crime rates but fewer people going to prison is adding to the issues plaging New York and other cities. It’s common sense...and a thug's dream; larger victim pool and no consequences equates to more crime.

If you own or operate a business in one of New York City's hot zones, it may benefit you to consult with a reputable NYC Security Guard company.